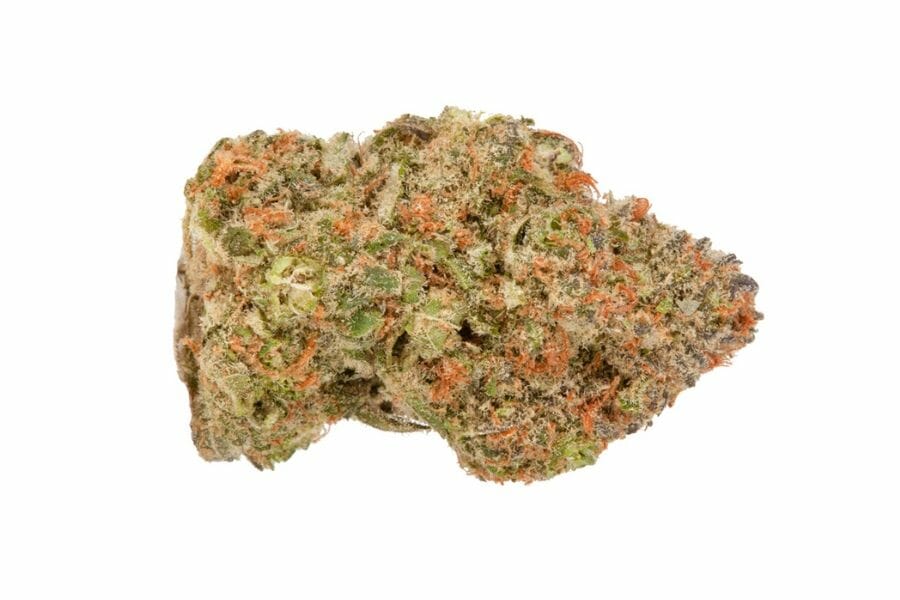 One thing that might draw stoners to a specific cannabis strain may simply be its name. For some reason, we see or hear a familiar, lovable brand/product in the name of a strain and we automatically want to try it. Anyone like Gelato? What about Mimosas? Surely you enjoy Girl Scout Cookies. Today we’ll be discussing a similar strain: Fruity Pebbles (at least similar in the name selection).

Before we get into this strain review, it is important to know which strain we are talking about. No, this is not Fruity Pebbles OG (though extremely similar). In addition, if you are experienced with Fruity Pebbles, you may believe some of the details below to be incorrect. In fact, they are not, they are only averages from various growers. Because it always depends on the grower in the case of cultivating cannabis.

In particular, who grew the strain is important for Fruity Pebbles due to the fact that its exact origins are unknown. It is believed to have hit the cannabis market around 2006, and since then many different growers have claimed to create their own versions of the strain (all still named FP).

One thing we are sure about this strain is that it is quite popular in the United States, especially the West Coast. Many California growers love to get their hands on these Fruity Pebbles seeds just for the experience of growing the mysterious, yet sought after, strain.

Fruity Pebbles is a hybrid strain, but leans more towards indica rather than sativa. However, do not be fooled, sativa effects are still very present in this strain (as discussed below). The strain acquired its name from its fruit-like scents, just as the cereal!

Since this strain is grown in different climates by different growers using different tactics, THC levels certainly vary. The highest recorded level of THC in this strain was noted at 22.5%! Again, this was due to the success of the cultivator, so do not expect to find 22.5% Fruity Pebbles everywhere you look.

Here’s how you can expect to feel from Fruity Pebbles:

As a hybrid strain, Fruity Pebbles is known to have a good balance between indica and sativa effects. While the strain does slightly lean more towards indica, sativa effects are surely still felt. In fact, often times the sativa effects dominate over indica! Perhaps indica has a bigger influence on the looks of the strain, not the effects.

The good balance that Fruity Pebbles offers makes it a good choice for anyone who may suffer from a mood disorder, such as Bipolar Disorder. It is also a great pain and stress reliever. This list shows other conditions and disorders that this strain can help with:

While this strain is mostly sought after for its recreational uses, it does of course offer good medical benefits. However, if you are a medical marijuana patient, you should try a strain that is more effective for you, such as the ones on the list below:

Related: Strains That Are Great For Medical Use

When smoking Fruity Pebbles, expect flavors of fruity and sweet. These fruit flavors include various berries and even citrus. As for scents, they are also sweet and a bit tropical. The smoke you exhale has a sharply sweet aftertaste, which is so good that you will want to take another hit just to taste it again. Be mindful of the high, however, as those THC levels can hit you like a train!