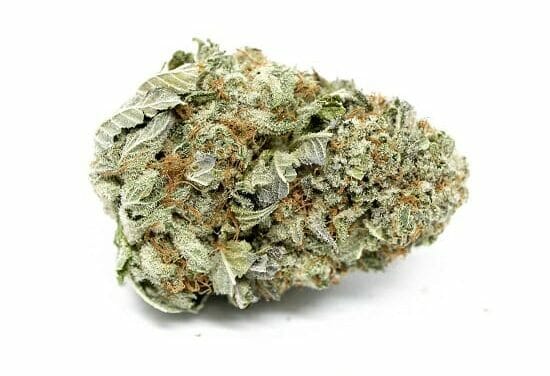 Across the stars, in the clouds and around the world is where Skywalker OG will take you. This very popular and highly sought after strain makes it on many “Top Strains” lists. And there is no surprise as to why. This strain delivers a strong and swift high that lasts for hours. Those who prefer to use cannabis recreationally rather than medicinally will surely enjoy this one.

One thing to note about Skywalker OG is its potency. Beginners should stay away from it, or only take one or two hits from it. Experienced stoners will love the strong, sedative indica high that comes on instantly after smoking (or eating) some Skywalker OG.

Skywalker OG is an indica-dominant hybrid strain. Though it contains some sativa, indica dominates over the effects, looks and aromas of this strain. Because of this, it is best to use it at nighttime, and not right before some responsibilities. After smoking some this strain, you won’t want to work or do any sort of physical activities. You’ll want to sit back and relax, enjoying your favorite tv show/video game.

This highly sought after strain owes it to its parents for making such a wonderful creation. One of its parents is OG Kush, which is where it gets most of its indica traits. The other parent is simply named Skywalker, another powerful strain. Together, the two were crossbred to create Skywalker OG, and gave it a strong blend of effects, as discussed below.

The main reason why users love this strain is due to the strong, potent effects that it gives off. THC levels hang between 20%-26%, which is high for most strains! Since OG Kush is one of this strain’s parents, Kush effects are very present. Here are some of the effects you should expect to feel after some Skywalker OG:

As strong as it is, rookie smokers should only look to take one or two puffs from Skywalker OG, as the effects will hit hard and strong. In addition to this, users claim that the high comes on instantly, as opposed to 5-10 minutes later as with most strains. But once it kicks in, prepare for mental relaxation and the desire to lay back, possibly to sleep as well. Also, many claim that another effect of Skywalker OG is the intense munchies.

It may seem that since this strain is so potent and strong, it must be great for medical benefits. This highly depends, and can be true or false depending on the patient. The reality is, most medical marijuana patients look for medical benefits without the high associated with cannabis. This is why CBD is very popular, since it is non-psychoactive. For those who want relief without the high, Skywalker OG may not be the best choice.

But if you want to get high AND get the medical benefits, then go ahead and try this one out. Remember, it is very potent, so start small and slowly build up. Here is a list of health conditions that Skywalker OG can help treat:

Experienced users have claimed that too much Skywalker OG can make your body and head feel numb. This makes it great for relieving conditions such as chronic pain, pain from an injury, and even stress or anxiety. It can also help you sleep, if you suffer from insomnia. Overall, Skywalker OG can at least bring temporary relief to most ailments and even diseases.

If you aren’t looking for Skywalker OG because of its effects, you are most likely looking for it due to its aromas. Users who enjoy strong-flavored strains might want to try this one out. Do you know how most Kush strains smell? Skywalker OG is very similar to them. The scents are also quite pungent. Aromas of herbal, spicy and diesel can be smelled after burning some of this strain. As for flavors, they are known to be almost exactly the same as the scents!

That’s all for this strain review. What did you think about Skywalker OG? Will it get you so high that you will head to the clouds, or maybe even the Death Star? Maybe you’ll get so high you’ll join the dark side, as Skywalker turned into Darth Vader. Either way, remember to pace yourself, cause even the most experienced stoners can still get wrecked from the force of Skywalker OG. Thanks for reading!

link to How is CBD Oil Made?

CBD oil is growing in popularity, with almost a third of Americans have used it. Some studies show CBD oil may reduce anxiety and offer relief from pain because of its anti-inflammatory properties....

If you're a vegetarian or vegan, you might struggle to get enough daily protein in your diet, especially if you're physically active and need more protein. One way to boost the protein content of...

How is CBD Oil Made?