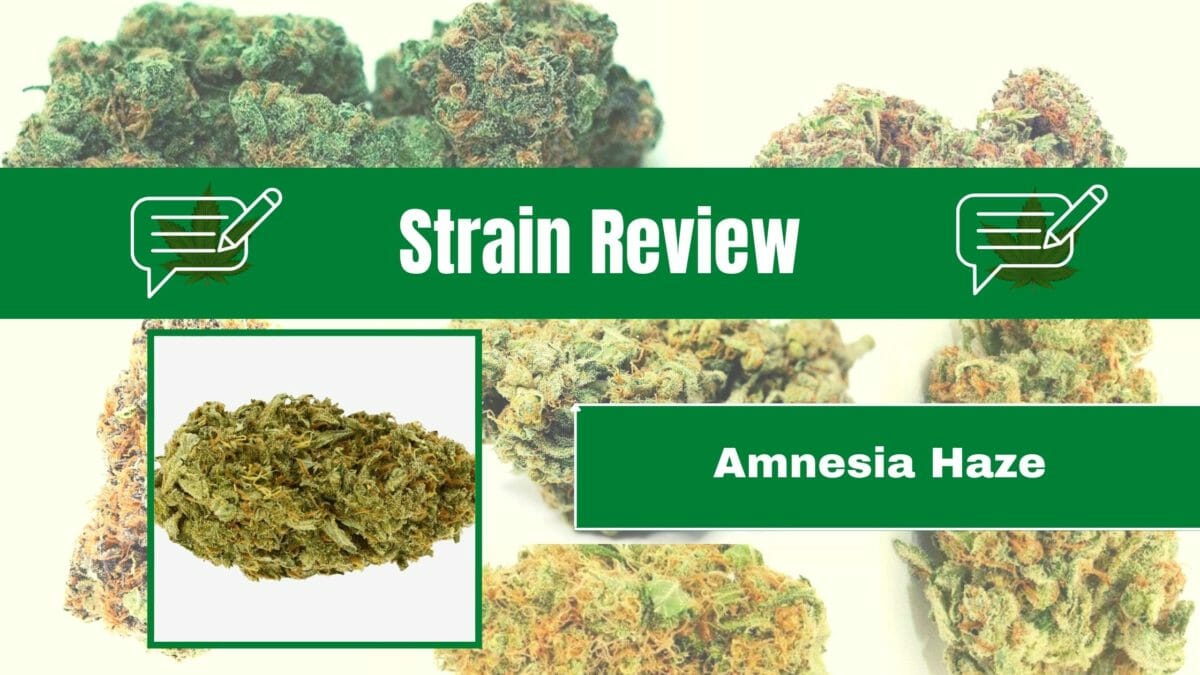 An interesting fact about many cannabis strains is that their name often correlates with a trait. Take Amnesia Haze for example. At first glance, new users could think that the strain will make them forgetful. While this is not entirely true, there are some facts to be learned from strain names such as this one.

Let’s not ignore the fact that Amnesia Haze is also a haze strain, in which has its own line of properties. We have previously covered Lemon Haze, Silver Haze and a few others. Strains like these are award-winning and never fail to deliver a strong high. If you see a haze strain at your local dispensary, chances are its a good one.

Sure, the name “Amnesia Haze” could refer to how the strain makes users feel a bit forgetful, though not severely. Instead, this strain is known better for its strong uplifting effects. It’s a sativa strain, after all, and can get a user up and active.

Levels of THC in this strain are known to range between 18-25%, depending on the grower. As for terpenes, myrcene is very dominant here, which actually contributes to a small hint of indica effects in Amnesia Haze. Its roots can be traced back to a Jamaican landrace strain.

As mentioned above, many haze strains are award-winning. And Amnesia Haze is not shy of its Cannabis Cups. It has won two of them: one in 2004 and the second in 2012. Today, this strain is very popular in Amsterdam and much of the United States.

Being a sativa strain, you can expect the mind-enhancing, energetic effects that often come with it. The high from Amnesia Haze can be very energizing, which makes it not the best strain to take before going to bed. However, it can be a good strain for getting things done or being creative. In addition, many users claim this strain to be a good one for physical activities, such as exercising and sex.

Effects from this strain:

On the flip side, there is one thing to note about these sativa effects. Due to its energetic and focusing effects on the mind, those who suffer from high anxiety could easily become paranoid if too much of this strain is consumed. If you experience high anxiety, try an indica strain instead.

Though most users of this strain tend to use it recreationally, medical patients can also benefit it. After all, medical patients are those who use cannabis for any medical purpose. If you suffer from daily stress and enjoy cannabis to relieve that, congrats, you’re a medical marijuana patient! Speaking of stress, it is the number one condition that Amnesia Haze is great at treating.

Conditions that this strain can help treat:

This strain’s giving of focus allows users to concentrate better on a task. This could benefit those who have attention disorders, such as ADHD/ADD.

Down to the way that Amnesia Haze will taste and smell, it can be quite pleasing. Most users stated that it has a very earthy flavor profile, like rolling up a forest and smoking it. As for smells, expect the scent of citrus to be prevalent. Breaking open the buds releases a citrus, lemony aroma into the air. This can be very pleasing for those who enjoy the pungent smells of marijuana.

What did you think about Amnesia Haze? Let us know in the comments below. Thanks for reading!

Continue Reading
link to Can You Buy Weed Online to Help PTSD Symptoms?

PTSD, or post-traumatic stress disorder, is a mental condition causing patients who have experienced traumatic incidences in the past to have flashbacks, anxiety, and nightmares. As a tough...