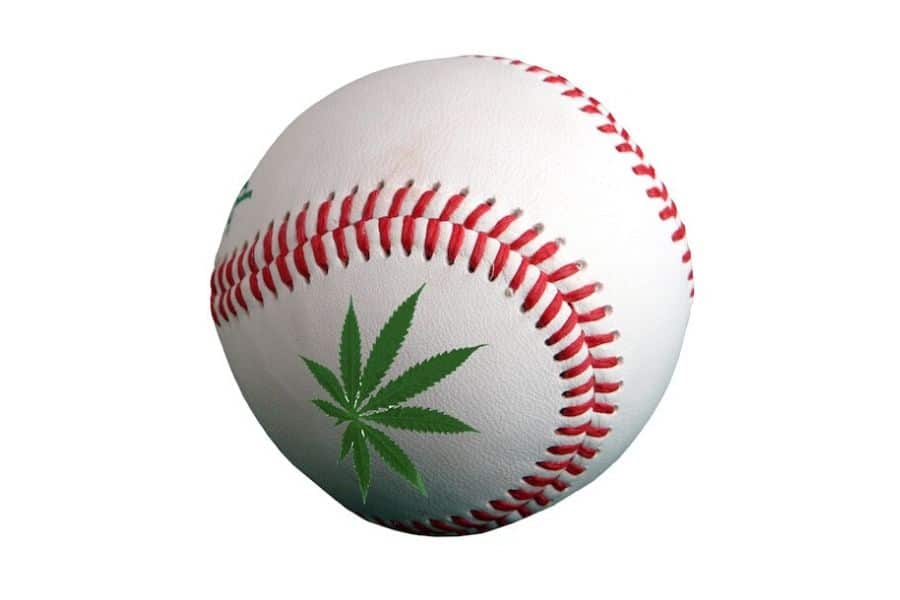 In order to play marijuana baseball, you need more than one person. With two or more friends, you can start up a good match of baseball and see who can last the longest. Usually, you don’t want to play with too many people, as the more people that play, the harder it gets. The most common way to smoke when playing this game is with a blunt or a joint, but it can be played with any way to smoke weed.

Here’s how to play: everyone sits in a circle (or just close to each other), the first person takes a hit of the weed, then passes it to the next person. However, the person who took a hit cannot exhale that hit until the weed is passed to them again. So, the more people playing means the longer you have to hold that hit in. Take a hit, pass the weed, hold in that hit until you receive the weed again, exhale, take another hit, pass the weed, and keep going until the game is over.

This is a competitive weed game as it tests who really has “baby lungs.” If someone cannot hold in their hit any longer and they exhale it before they get passed the weed, then that means they are out. Eliminate them from the game and continue with those who can keep it going until there is only one person left. That person is the winner of marijuana baseball!

Challenge: don’t take small hits. Have everyone playing take big hits. This will make the game harder (and probably shorter), but will be more challenging and even get you higher.

So you may be thinking to yourself: “this sounds like a fun game, but why is it called baseball?” Well, the reason for this is because the weed is sort of like the baseball, it gets passed around the whole time (like playing catch). Whenever someone cannot hold in their hit anymore and loses, that means they have struck out. If you get really high from this game, that means you have hit a home run.

These analogies to the real game of baseball are used solely for the purpose of entertainment, but are fun to go along with. So whenever your friend exhales his hit before he gets the weed, tell him that he has struck out and lost. And whenever you win, you can say that you just won the World Series.

Effectiveness Of The Game

If you take a look at our post “How To Get The Most Out Of Marijuana,” which talks about using your weed to get as high as you can, one of the points in that is to hold in the hits that you take from weed. So, does that mean playing marijuana baseball will get you higher than normally hitting the weed? The answer to that is yes. Playing this game will get you much higher compared to hitting the weed, exhaling it, then passing it off. Holding in a hit allows the THC to settle in your system and easily release the chemicals that get you high.

If you start out a smoke session with a game of marijuana baseball, you will get high very fast (a.k.a. hit a home run). So, this means that you can turn a fun weed game into a way to get efficiently high. Neat, isn’t it?

Try this game out with your friends! If you are ever bored or tired of regular smoke sessions, then this game may be a way to spice up that session, and even get you higher! If you like the game, let me know how it went with you and your smoke buddies in the comments below. Happy smoking!