How To Wu Tang The Blunt

When it comes to smoking, there are various tricks and cool stuff that you can do with the smoke. You could do something like a french inhale. You could do the classic blowing O’s smoke trick. Or, you could switch it up and Wu Tang a blunt.

Now, before we get into this, I must set a disclaimer. For anyone who attempts to actually Wu Tang a blunt or any form of smoking, we are not responsible. With that being said, let’s dive in!

So what does it mean to Wu Tang the blunt? First off, you don’t Wu Tang a whole blunt. You actually only Wu Tang a blunt roach (the small end of a blunt that is usually thrown away). Here’s a good blunt roach size for Wu Tanging: 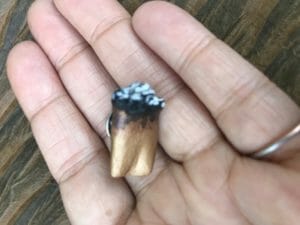 Now, you may be thinking about the hip-hop group called Wu Tang Clan. In fact, they were the ones who came up with this idea! Apparently, the group would Wu Tang a blunt roach whenever they had the chance to do so. This lead to their fans trying it out for themselves, and eventually spreading into the whole cannabis community.

So what does it actually mean to Wu Tang a blunt? Well, it’s when you swallow a blunt roach. That’s right, when a blunt gets small enough, you can choose to either throw it out or swallow it. Why would anyone want to do that? Honestly, I still think about that to this day. Really, the only purpose for doing this is just for the fun of it, or to try it out. It does not get you any more high (as the myth goes). I personally have never tried it, but have many friends who do so regularly. Read below to see what they have taught me about how to properly Wu Tang a blunt roach.

How To Do It

For those who are serious about trying to Wu Tang a blunt, here’s how to do it:

First, you’ll want to make sure that the blunt is small enough. Smoke it until it is a roach size. Refer to the picture above. Once it’s at a good size, put it between your lips and take a hit. While you are taking a hit, lift up your lips and allow the blunt roach to be inhaled through your mouth. You may have to inhale a bit harder in order to get the roach to the back of your throat. Before it goes too far, swallow it instead of inhaling it down your lungs. Once you swallow the roach, you have successfully Wu Tanged a blunt.

Sometimes after you Wu Tang a blunt, you may still exhale smoke. It’s almost like getting one more goodbye hit from the blunt roach that you just swallowed. Method Man, who is the one in the visual above, is a member of Wu Tang Clan and was notorious for Wu Tanging blunt roaches.

Another question that may be asked is if Wu Tanging a blunt roach is safe. Are there any health risks? What are the dangers of doing this? Well, let’s find out.

As of the day that this post was published, there has been no scientific study done on if blunt roaches are unhealthy to eat. However, we can break down the components of a roach so that you know what you are eating:

Tobacco is something that is not recommended to eat. Large amounts of tobacco can be harmful to the body if ingested. Since the amount of tobacco on a blunt roach is very small, then there is no need to worry about harm to your body. The only way that this is possible is if you Wu Tang a blunt often. This may eventually lead to some harm done on your body due to the amount of tobacco that you are ingesting.

Last, but not least, we have ash. Ash is something that can be very harmful to your body. In fact, eating enough tobacco ashes can kill you! Since there is a small trace of tobacco in a blunt roach, it is recommended that you do not eat any ash. While this may be unavoidable at times, it can still be slightly prevented. Make sure to ash the blunt roach before you swallow it. The less ash that you eat, the better.

Here’s a few more pointers. Wu Tanging a blunt roach may cause someone with a weak stomach to become nauseous or even begin to vomit. If you decide to try it, keep some water with you so that you can flush the roach down and clean your esophagus (or throat). Also, I suggest using cold water, since the roach has the potential to burn your throat.

If you have ever Wu Tanged a blunt roach, leave a comment below about your experience. That’s all for this post. Happy smoking!

Kief On A Joint: Inside Or Out?

What To Do With Those Blunt Roaches

6 thoughts on “How To Wu Tang The Blunt”