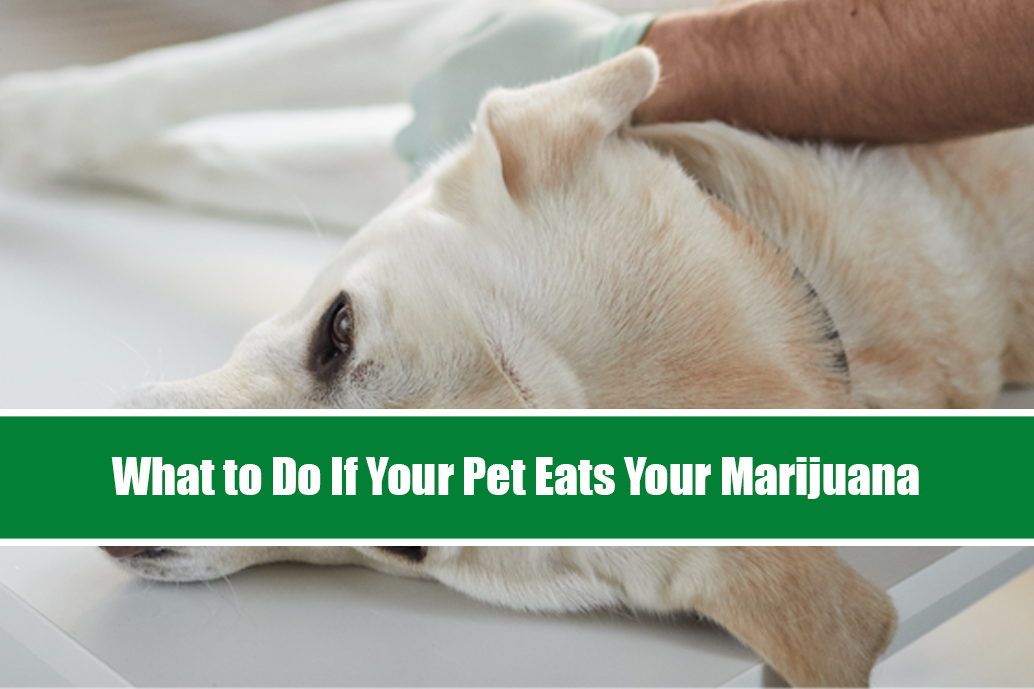 Two out of three American households own at least one pet. With medical and recreational marijuana becoming accepted across vast swathes of the United States and Canada, millions of pets have become at risk of being in close contact with marijuana.

In the same vein, many people don’t know what to do when their pets eat marijuana. Accidental ingestion by pets is more common than ever before. Should your pet happen to eat some of your weed or your marijuana edibles, what should you do?

Let’s talk about it.

While you may know what it feels like to be high yourself, it can be hard to tell when a pet ingests marijuana. In general, you should look out for unexplained lethargy, labored breathing, a staggering gait, incontinence, a low heart rate, and trembling. In high enough doses, marijuana can cause pets to go into a coma and even be deadly.

If you believe that your pet has only had access to a few crumbs of marijuana, you should let the animal rest until the symptoms pass. If your pet appears to have eaten a large quantity of marijuana, however, you should visit the vet right away.

Don’t try to get your pet to throw up.

It might occur to you that you could help your dog gag and vomit up the marijuana that he’s swallowed. You might try something like this with a human if they ingested something terrible. It isn’t safe to try vomit inducement with dogs. However, when a dog is high, his reflexes slow down.

When you induce vomiting, your dog may not be able to control his breathing correctly. As a result, he may choke on his vomit. If you plan to remove the marijuana ingested from your dog’s stomach, you need to take him to a vet to have his stomach pumped.

Going to the vet is always a good idea.

The symptoms of marijuana ingestion usually take a half hour to show up. In the meantime, you may have a hard time determining how much weed your pet has been able to eat. In most cases, three grams of weed per kilogram of body weight make for a fatal dose for animals. If you aren’t entirely sure that your pet has consumed a safe quantity of weed, a trip to the vet is always a good idea.

You must be truthful with the vet.

It’s essential to learn to be careful with marijuana.

If you wouldn’t leave marijuana or cannabis edibles lying around with small children in the home, you shouldn’t do it with pets around. It’s vital to put all cannabis and related edibles well out of the reach of both children and pets.