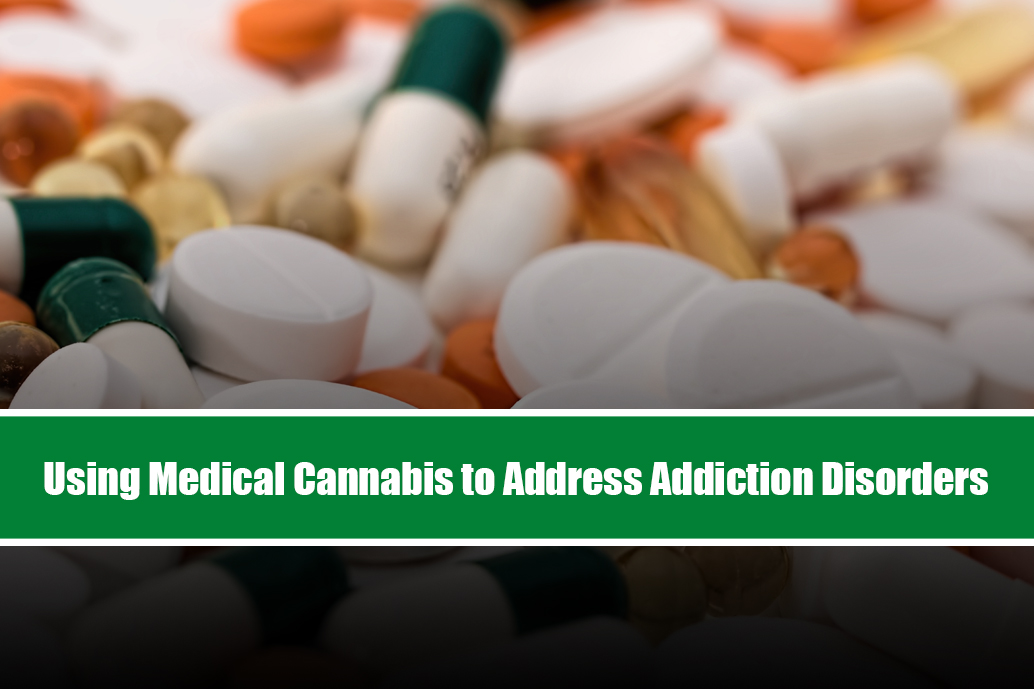 There’s no universal cure for addiction disorders. Treatment options depend on the level that the person is suffering from addiction and what their current health and mental states are. Many health professionals believe that abstinence and behavioral therapy are the most effective combination to ensure long-lasting recovery.

A controversial solution that has been up for debate recently is using medical marijuana or products derived from marijuana to address addiction disorders. Because of its reputation and common myths surrounding CBD and THC, cannabis is often shoved aside as a treatment option. It may, however, provide relief and support to people suffering from said disorders. We’ll discuss what addiction is, how using medical cannabis can affect individuals coping with addiction, and what options exist out there.

There is a difference between being dependent upon a substance versus being addicted to one. Substance dependence is defined as being physically dependent on a drug and experiencing withdrawal symptoms when the drug is not ingested for some time. The most common symptoms this results in are mood swings, irritability, sleep problems, and lack of appetite.

On the other hand, addiction occurs when your whole body becomes used to the effects of a drug, causing physical changes in your brain chemistry. These changes can result in intense cravings for the drug and cause people to engage in destructive behavior to get their fix.

Addiction is classified as a disease because it is rooted in your brain, while physical substance dependence is considered a state of being. You can experience one without the other, as well as both at the same time. The symptoms of the two can also vary widely depending on the drug in question.

The prominent negativity surrounding cannabis is that it may be addictive to users, and there is some validity to this point. According to the National Institute on Drug Abuse, about 30 percent of people who use marijuana have developed some form of dependency. When heavy cannabis users stop smoking or ingesting the herb for a period, some may experience classic withdrawal symptoms, like irritability, anxiety, and depression. These symptoms usually lessen after about two weeks but can be present nonetheless.

These withdrawal symptoms can make treating addiction disorders with cannabis challenging. To some, replacing marijuana with another substance is counterintuitive and does not solve the problem of addiction. However, to others, marijuana can positively contribute to harm reduction when used to replace more dangerous substances.

Harm reduction is the idea of reducing negative consequences associated with drug abuse instead of solving the problem of addiction. Instead of condemning the concept of substance abuse in people, harm reduction emphasizes that this is a part of life and believes in working towards reducing adverse outcomes of the unavoidable reality.

For people struggling with life-threatening addictions, such as opioids, medical cannabis may be a beneficial tool to help them reduce their harmful drug abuse. While heavy marijuana usage may cause dependency, it has never caused an overdose resulting in death. In short, it is a lesser of the two evils.

Cannabis has always been a relatively popular substance worldwide, but the conversation around it over the past years has been buzzing. In the past 10 years, it has become legalized for recreational use in 17 US states and legalized for medical usage in many others. There are only 11 states wherein the drug is still illegal.

As evidence that marijuana can prove an effective tool for wellness grows, so does the perceived divide between progressive states that are legalizing it and others that have yet to. California, a progressive hub in every sense, is the most widely recognized state for marijuana usage – it was the first state to legalize the herb for recreational use. Other, traditionally conservative states have made some progress, too. For example, you can get Oklahoma and Arkansas medical marijuana cards online these days, which is wonderful for patients in those states suffering from PTSD, chronic pain, etc. Every time a state approves marijuana use, research on the drug is given room to grow, which is beneficial to everyone.

It’s not uncommon for health professionals to advise that treatment begins with acceptance. As cliché as that may sound, it’s an essential facet of recovery to confront before moving forward. Admitting that you have a problem can be the most challenging step to take, but once you can accept the realities of your circumstances, you will be capable of moving past them. Perhaps introducing medical cannabis into your treatment plan can help you move forward.

Tess DiNapoli is an artist, freelance writer, and content strategist. She has a passion for yoga and often writes about health and wellness, but also enjoys covering the fashion industry and world of fitness.