What To Do With Those Blunt Roaches

Different practices of using cannabis more efficiently have been studied and used for many years. Some users find ways to get the most out of their weed, smoking it to the very last bit. Others may not care about using that last bit of resinated weed, or the small amount of shake that did not get packed into that bowl/ joint. This is fine, however, using that small amount of weed could eventually make a difference.

If you are a cannabis smoker that wants to use weed more efficiently, and you smoke blunts, then you came to the right post. Do you know what a blunt roach is? Well, a blunt roach (or just roach for short) is the end of a blunt that typically does not get smoked. It is the part of the blunt that you hold and when the blunt is being smoked; the roach is usually thrown out. However, in most cases, there is still a small amount of weed left in the roaches. Now, it may be a small amount, and it may be resinated, but it still contains THC and can get you high. So, with that being said, here are some ways on what you can do to use those blunt roaches.

Click here for ways to efficiently use weed in ways other than a blunt.

This method of efficiently using a blunt roach is probably the most obvious one. You could always save the weed that is left inside a roach. Simply unwrap the blunt and let the weed fall out. It may be a tiny amount of weed, but it’s still weed. And if you save up enough weed from blunt roaches, you could get enough to roll a whole new blunt!

The easiest way to reuse a blunt roach is to just unwrap it and save the weed. Click To Tweet

If you do not want to dissect your roach and only want to smoke the rest of it, then you could pack it into a bowl. There are three ways that this can be done. One way is to simply put the roach in a bowl (pipe, bubbler, bong, etc.) and smoke it like that. Put the end of the blunt that you hit it from facing into the bowl, where the small hole is. The end of the blunt that gets lit should be facing up. Now you hit it like a bowl! Spark the roach and inhale it through your smoking piece.

You could also add weed to the bowl for the bowl to be more complete. Since roaches tend to be very small, it may only count as half to even 1/4 of a bowl (depending on how big your bowl is). If you want to do this, then use the method above to set up your roach. Once the roach is in place, sprinkle some shake around the roach inside the bowl. You can fill the bowl up, then smoke it and get an extra high! 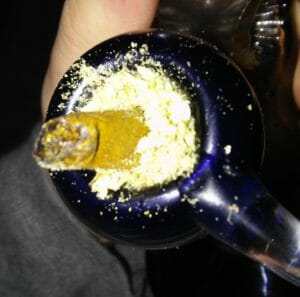 Some smokers want to use the weed left in a roach, but not the rest of the blunt wrap. Afterall, a blunt roach still contains tobacco, unless you remove the blunt wrap. If you want to only smoke a bowl of weed, then unwrap the roach and dump the weed inside your bowl. Now you can smoke the roach weed without smoking the roach tobacco!

If you like to collect blunt roaches, then you may have a stash of them already. These can be used in a number of ways. You could always save all the weed until you have enough to roll a new blunt. Let’s say, as an example, that each roach contains 0.1 grams of weed. A normal blunt contains 1 gram of weed. That means you only need to save 10 roaches (0.1 x 10 = 1) in order to have enough for a full blunt!

As stated above, the weed from a roach may not be as good as new, unused weed, but it still gets the job done. And, if you do manage to save enough for a new blunt, then it’s almost as if you got a whole blunt for free! Think about it, since most users throw out their blunt roaches, the weed inside those roaches is free weed. This does not mean you should use random blunt roaches you find on the ground (I strongly recommended you do not do that); only use the blunt roaches in which you know where the weed came from.

Another way of using blunt roaches for a new blunt is to roll them up as is. What do I mean by that? Well, I mean instead of removing the weed from the roach and putting that in a blunt, just put the whole roach in the new blunt, Now, I personally do not recommend doing this, since you would be smoking more tobacco than weed. If you are more of a weed smoker, I suggest using the method above and removing the old blunt wraps first. If you enjoy smoking tobacco, however, and smoke it often, then go for it, give the roach blunt a shot. 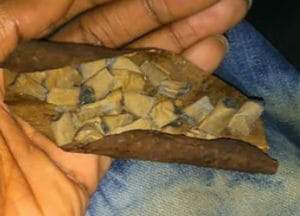 Last, and probably least recommended, we have wu tanging the roach. This is the least recommended only because it is not very efficient, but it is a way to use a roach. If you are not sure what this is, then check out our post that is all about Wu Tanging a blunt roach:

To simplify it, wu tanging a blunt means swallowing the roach. Yes, you have to fully ingest a blunt roach in order to say that you have Wu Tanged it. Now, there is a step-by-step method to doing this, to ensure that you do it right and don’t choke on the roach. If you are going to attempt this, I strongly recommend that you read the article above first. It will give you everything you need to know about Wu Tanging. And yes, the article does talk about how this is all related to the Wu Tang Clan.

That’s all for this post. Have you tried any of these roach methods? If so, drop a comment about it below. Happy smoking!

How To Wu Tang The Blunt

Wax Quality: How to Tell the Good From the Bad