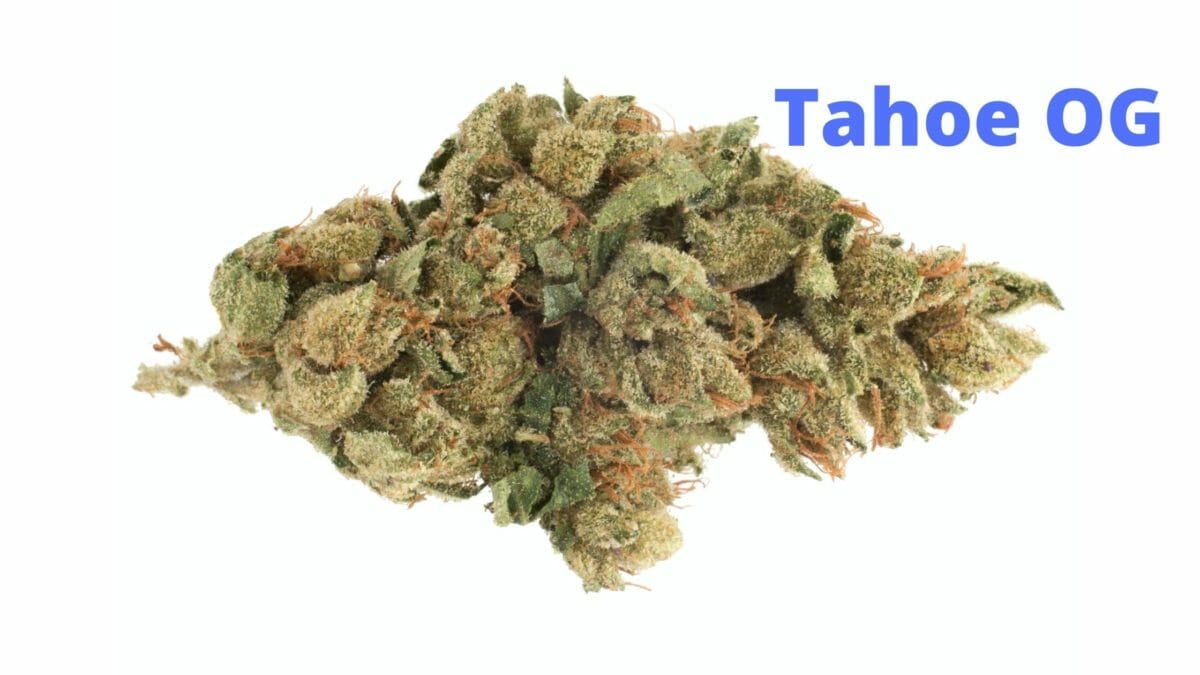 Cannabis strains that were created and popularized in an area near you always seem to breed a connection between you and that strain (Lake Tahoe to Tahoe OG for example). After all, if this is the place of your birth, then both you and that strain were brought into this world in the same area. And the saying goes “you are a product of your surroundings”. So this means that you and the strain have a few things in common… right?

This strain in particular hits home for us at Reefer Post, especially me (the owner and main author). I was born and raised in Southern California, and so was Reefer Post. A few times growing up, me and my family would take small vacations up to Lake Tahoe. Today, I live in Northern Nevada, which is much closer to the giant lake, and I travel there more often now. It has always seemed like a place that stoners would be (South Lake Tahoe, that is) and now I understand why.

You may have been able to guess by the name, but Tahoe OG was originally created in the Lake Tahoe area. In this area especially, this strain is very popular. It even made it on our list of the “Top Ten Best Strains Ever“. Now that says something about a strain from Lake Tahoe, since Northern California is widely known for producing high quality strains.

This strain was originally bred by Ganja Guru, who lived in the Lake Tahoe area in the 1980’s. Throughout the rest of the 80’s and 90’s, Tahoe OG gained popularity quickly as more and more stoners learned of its greatness. However, as time went on, the exact genetics of this strain began to change (as with most big strains).

Because of the changes in breeding Tahoe OG over time, determining indica or sativa dominance in the strain is quite difficult. It really comes down to the cultivator here and how they breed it. Speaking of cultivation, many growers enjoy Tahoe OG as it does well both indoors and outdoors.

One reason for its addition onto the list of the best strains ever may be due to its sedative effects. These effects are known to give the user a good night sleep. It is also very relaxing throughout the body and mind.

Effects of this strain include:

One of the parent strain’s of Tahoe OG is OG Kush, which says a lot about this strain’s effects. THC levels tend to hang around 18%, but have been known to be a bit higher or lower at times. One negative of this strain, however, may be how quickly it gives the user cottonmouth.

Since Tahoe OG is popular for getting a good night sleep, those who suffer from insomnia can find much relief after using some of this strain. It pretty much wipes insomnia out, and allows the user to easily fall asleep. It also delivers the munchies, making it good for dealing with a lack of appetite, yet bad for those with tons of sweets in the kitchen.

Other conditions that this strain helps with are:

Lastly, we have the flavors and scents of Tahoe OG. Many users of this strain would most likely agree that the aroma from it is very pungent, and even quite skunky. Mix this with cottonmouth and you will need some breath freshener afterwards. Yet, when smoking this strain, the hits from it are known to be very smooth.

Other scents and flavors from this strain include the dominant presence of lemon. Another one is earthy, that is not as strong as the taste of lemon but is still there.

What do you think about this strain? Is it one for the books, or a one-timer? Due to its familiarity in origins as well as desirable effects, Tahoe OG is one of my all-time favorites and I always get my hands on some whenever I can. Thanks for reading!