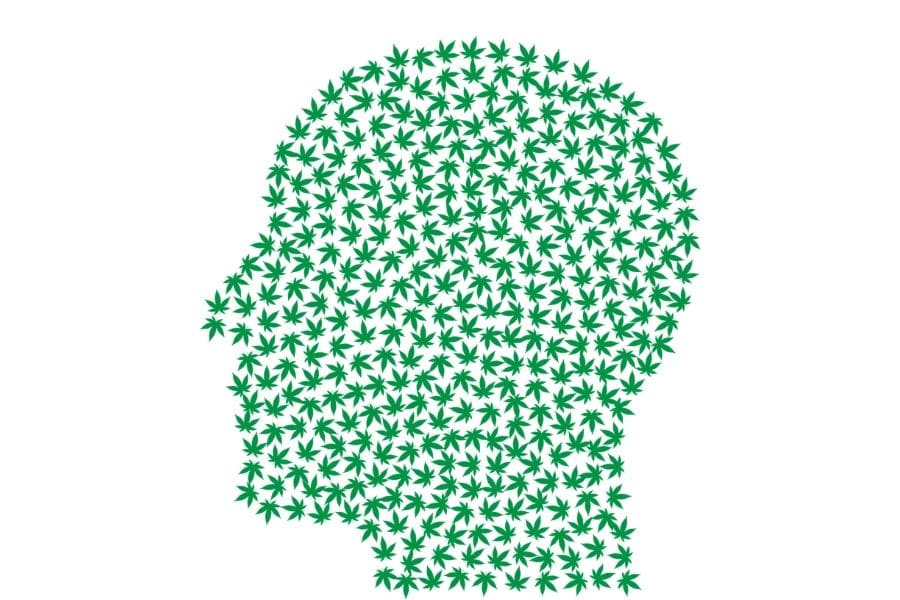 Smoking marijuana for recreational purposes can be entertaining and all, but did you know it can permanently affect your brain? Now, these effects are not life-changing, but have the ability to alter some aspects about a person. It is not necessary to know these effects on the brain, but it is a good thing to know and look out for (if you care about your health).

Just like most effects that happen to our bodies, not everyone will catch these. Some people can smoke marijuana for years and not feel one change. On the other hand, some people can smoke it for a few years then start to notice signs of some effects. But the chances of someone catching every single one of these effects is slim. Usually, stoners might notice a thing or two change about them, but it is never anything really dramatic or major.

Marijuana is seen as a relatively harmless drug, and this is for a reason! Compared to hardcore drugs (such as cocaine, meth, etc), marijuana doesn’t do a thing to you! So do not panic after reading those first two paragraphs. Smoking marijuana for years can have some effects on your brain, but it cannot kill you.

If you use marijuana for medical purposes, then you have a smaller chance of catching these effects. After all, medical marijuana is used to get rid of negative effects on the body, so don’t stop using it just because you are scared of future effects.

Effects On The Youth

For those who smoke marijuana throughout their adolescence, the chances of these effects on the brain are higher compared to those who started smoking later in life. This is because during the teenage years, our brains are still developing and are more vulnerable to changes. So when marijuana is smoked and THC enters a teenager’s brain, it can alter these developments and change parts about how the brain will function in the future. For those who are older, brains become fully developed by age 25 (earlier than that in some cases). By this age, it is more difficult to change how a brain will function, so you are less likely to feel these effects of marijuana.

Going back to how marijuana can affect a teenage brain, there are many ways that this can happen. One of the most common effects on the brain for adolescents is a drop in IQ (more detail on this below). This is one of the most common effects because it is one of the easiest to recognize. Students who use marijuana in high school are more likely to have their grades drop compared to those who have never smoked marijuana (according to a few studies). However, this is not always the case. If you smoke marijuana during your high school years, and are determined to get good grades, then you can get good grades. It is all about putting your mind to it.

Now, let’s get into the list of possible effects on the brain from long-term marijuana use:

Using marijuana for many years can affect a person’s ability to learn. Just as mentioned above, those who smoke marijuana at a young age have a higher chance of losing some learning abilities compared to those who are older. Studies done on teenagers and a group of people in their thirties who smoke marijuana showed that the teenagers’ IQ dropped more than the group of people in their thirties. However, both groups can be affected. Marijuana use seems to reduce certain connectivity in the part of the brain that learns, and even more so in a developing brain.

Guess what? This is actually a positive effect! Yes, smoking marijuana can increase levels of creativity in a person. This will not happen to everyone, but it has been known to occur in many people. Also, the type of creativity depends on the type of person.

You could potentially increase the chance of obtaining this effect by smoking only sativa strains. Why? Well, this is because sativa strains are known to boost creativity in someone when it is smoked. So, if you focus on sativa strains, then you may see a more creative side of yourself.

Memory loss is probably the most common effect of marijuana in all stoners. If you check out the “Long-Term Effects of Smoking Marijuana” post, memory loss is covered in full detail. For more on this effect, click the link above! But overall, most stoners who have been smoking for years can say that they forget a thing or two here and there. But if you are someone who is very good at remembering things, then these may not affect you at all!

Each of our brains has a reward system to it. As humans, we get excited when we see the things that we like. Think about that feeling you get when you see your favorite food. That is an example of your brain’s reward system. But when you use marijuana heavily, and for a long time, then what you used to think of as a reward may not be rewarding to you at all anymore.

I bet when you read that heading “Appetite,” you thought about the munchies. Was I right? Well, that is probably because this has to do with the munchies. When you smoke certain strains of marijuana (actually most marijuana strains), you will get an effect known as the munchies. If you are unaware, the munchies cause you to become hungry. Many medical marijuana patients that suffer from eating disabilities use the munchies to help them eat. But actually, the munchies can have a long-term effect on a person.

Using the munchies for medical purposes (for example loss of appetite or weight), for a long enough time has been known to permanently cure the inability for a person to eat, in some cases. This was proven in a study done on a group of cancer patients who lost their ability to eat. After using medical marijuana for some time and finishing all of their surgeries, they were all able to eat just fine after their treatments.

This effect can be categorized as another positive effect, because it has actually saved the lives of many people. So if you are ever unable to eat and begin to get sick from it, it might be a good idea to smoke some marijuana to get that appetite back.

These are the many effects that can happen to your brain after using marijuana for a long time. Again, you may never experience any of these effects, or you may get a few of them. But if you want to use marijuana, then don’t stop in fear that these effects will alter your life dramatically, because they won’t. Just smoke some good weed, and enjoy your life!