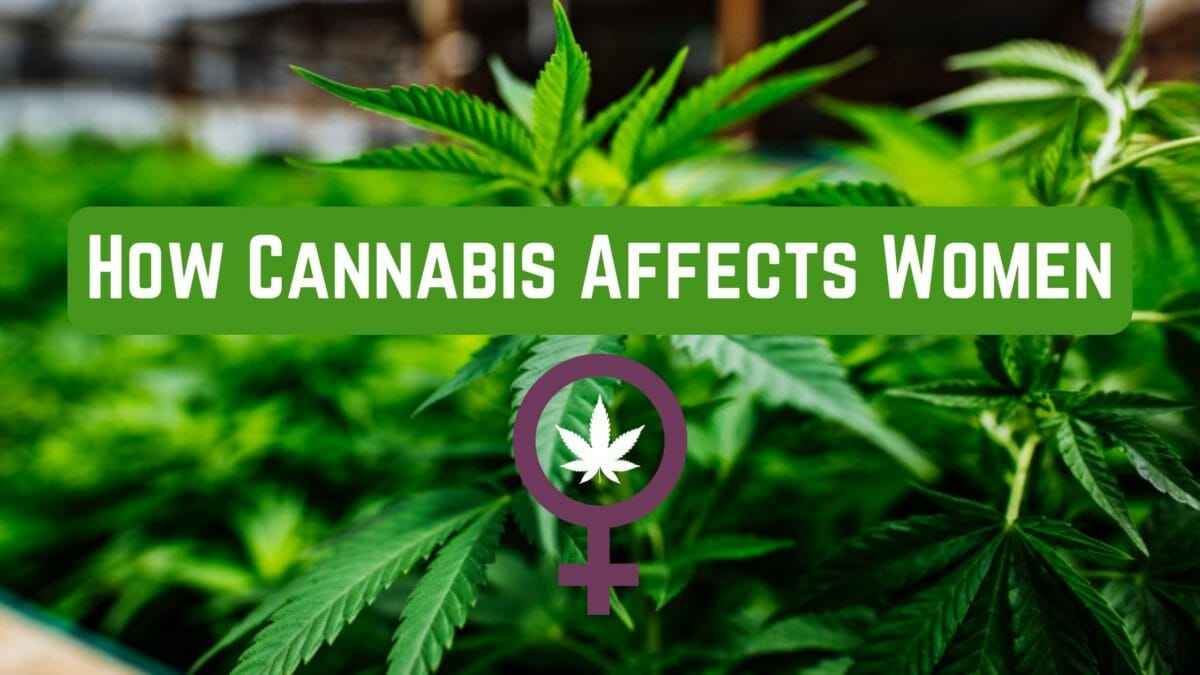 There has been a lot of talk on cannabis and its effect on men and women; but there is still a lot to be done to break down all the benefits and effects of the product, especially how cannabis affects women.

Women React Differently to Cannabis. How So?

The last few years have been eye-opening for users of cannabis. The once-feared product was found to have more benefits than harm to the human body if used in the proper dosages; and the experiments moved from medical to leisure quite fast. Though there is still a lot of research needed where the effects of cannabis on male and female users are concerned, studies so far have shown it to be quite the game-changer in alternative medicine.

It is becoming clearer with experiments that men and women react differently to cannabis. Because a woman’s body follows a hormonal and menstrual cycle, how cannabis affects women may change from week to week. The brain aside, the part of the body with the highest concentration of endocannabinoid receptors is the reproductive system; which is why so many of the effects unique to women are associated with periods, sex and the general mood. Pre-menstruation, when a woman’s estrogen levels are at their lowest, is associated with mood swings since she is low on an endocannabinoid known as anandamide. This compound is present in cannabis, and if ingested, it helps boost one’s moods.

Here are a few ways that cannabis affects women positively.

For the longest time, women who experienced painful menses believed that to be the norm; but it is becoming clearer that normal periods should be painless, or if any, minor discomfort. Several remedies, many of them using modern medicine, have been used to ease this discomfort. Cannabis is now being offered as an alternative to pills since it has been seen to ease pain from cramps without any serious side-effects.

The central nervous system and some vital organs of the body have several cannabinoid receptors that endocannabinoids attach to when regulating pain and inflammation. Since CBD contains over 100 cannabinoids that are believed to attach to the body the same way as the naturally-occurring compound when consumed, it becomes a natural agent for relieving pain. In this case, it is best to ingest CBD oil or vaporize it as the body processes it faster than in any other form.

Could Act as an Aphrodisiac

When your mind is at ease, you are likely to enjoy sex and any other form of intimacy. We mentioned the endocannabinoid system and receptors; and it is worth noting the said receptors are found plenty in the reproductive system. When ingested in small amounts and in the right strain (Askgrowers breaks down the different strains) you can take a look at how different their effects might be. Cannabis slowly travels through the body and increases sensitivity to what’s happening around you. Women will usually develop heightened feelings to physical and mental stimulation, leading to better response to intimacy and sex.  Add mental relaxation to this and you get even better results since sexual response really does begin in the brain for most women.

Interesting note: Topical cannabis is even more effective. Lube containing CBD is said to increase blood flow to the vagina and heighten sensations; this makes orgasms even more mind-blowing.

Good for the Skin

The beauty world is reaping fully from the exploration of cannabis; and so it’s quite common these days to see it as a primary ingredient in your favorite moisturizer. Cannabinoids have anti-inflammatory qualities and they are full of antioxidants. This makes them perfect for the skin since skin issues stem from inflammation. These properties are said to fight premature aging, acne, and puffiness. They are also said to help with soreness since the skin absorbs the compounds that then ease pain.

The many receptors in CBD bind to TRPV1 receptors that release a soothing feeling to the skin that fights soreness, itchiness, and pain. CBD in skincare is used in the form of hemp oil that is applied directly to the skin; and it is especially good with dry skin and eczema.

More to be Done

Unfortunately, there still is a stigma surrounding this topic. People freely talk about getting together for drinks; but it is still frowned upon to say you’ll be meeting your girls for a vape session. There is need for more female-centric research on CBD to end this stigma that prevents users, active and potential, from opening up about it to their circles. Just like any other product, there are good and bad sides to cannabis; and the more we open about it, the smarter decisions we make on how to use it.