Why Is The First Time Smoking So Intense?

Most stoners remember their first time smoking weed. They may not remember how it felt, but they usually remember where they were and how they smoked (i know your thinking about it now). But for those who remember the feeling, it’s usually the highest you’ll ever get (unless you smoked some bad quality weed). But why is that? Why is someone’s first time smoking so different from any other time? Well, let’s find out.

The first time that I smoked marijuana was like none other. I was with a few of my friends that were already used to smoking, but took me with them so that I could experience it myself. We smoked out of a bong, and mostly took snappers. Let me tell you this, when you have never smoked weed before and you try taking back-to-back snappers, it is not easy. Even if I had been smoking for years, I would have gotten really high (which I did that night). It only took a few rounds for me to really start feeling the effects of the weed.

I remember that everything around me started to slow down. I looked at my hands and waved them in front of me, but they seemed to be moving in slow motion. When we were finished smoking, we got in the car and drove home. On the way, I stared out of the window just about the whole time. I felt like we were going so fast, yet we were only driving the speed limit. From inside the car (while we were driving), outside looked like some sort of warp speed tunnel that we were traveling through, everything was just zooming past us. It felt like we were traveling through space or something. 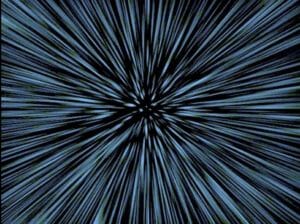 The drive seemed to last very long, and when I got out of the car, I felt like another wave of feeling high had hit me. It was the middle of the night, and I was staying the night at my friend’s house. It was so dark (and I was so high) that he had to help me to the room and showed me where I would sleep. I think at that point my head hit the pillow and I was sound asleep.

This happened years ago, yet I still remember the feeling that I got. Not everyone can remember their first high like I can. Only reason why I can remember mine is because it was a high like never before (literally). Can you remember your first feeling of being high?

Why Is It So Intense?

The main reason for this is because your body is not used to it. Whenever you try any drug (I do not encourage the use of other drugs, this is only an example) or even alcohol, the first time using it will be stronger and more intense than any time using it after that. If something unknown enters you, your body will not know how to initially react to it, since it has never done so before.

Our bodies rely off of something known as tolerance. This is when your body builds up against stuff that it is used to. Let’s use coffee as an example for this. People who drink coffee every morning for years will soon realize that the coffee they started drinking in the first place might have little to no effect on them. They might move up to stronger types of coffee or drink more coffee in order to combat that tolerance build up. Same thing goes for marijuana.

So that is a breakdown of why the first time smoking is so intense. If you have never smoked before and are looking to do so, I highly recommend smoking some Blue Dream (click here for a review on it). If you are an experienced smoker, leave a comment down below about your first time smoking weed.

2 thoughts on “Why Is The First Time Smoking So Intense?”