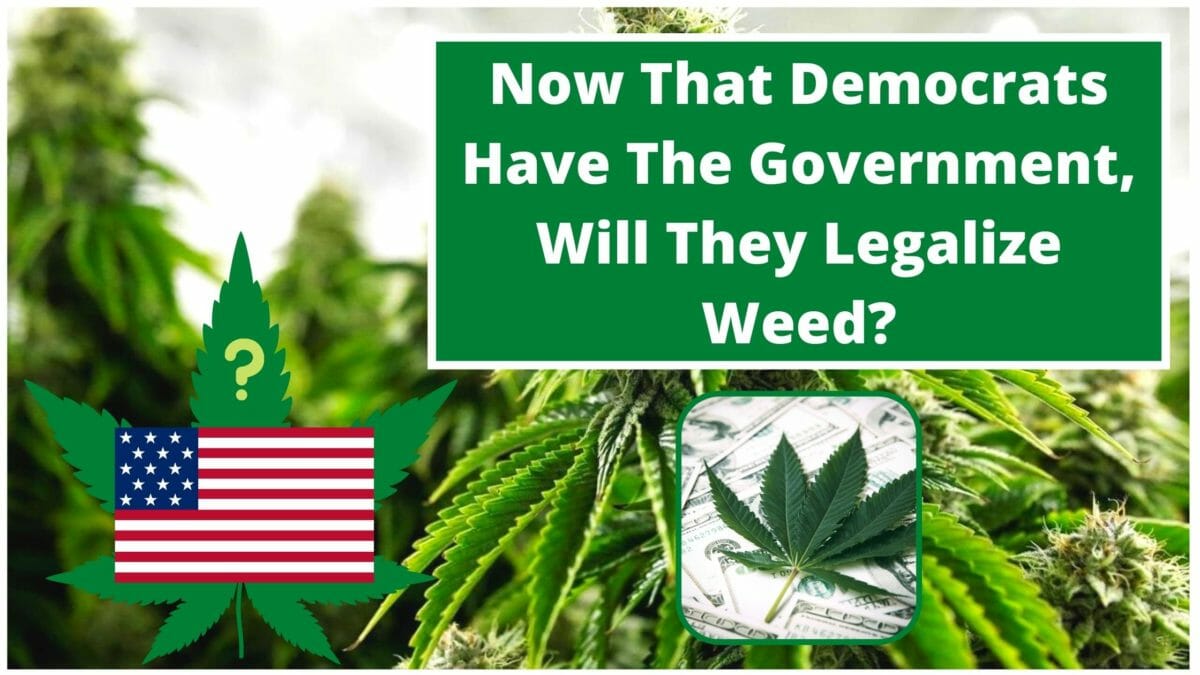 Now that President Joe Biden has been sworn into office, and the Democrats have the majority in Congress, cannabis legalization may appear brighter than ever. Whether you support them or not, this is the reality. However, one thing all stoners may unite on is pressing for the legalization of our favorite plant!

Regardless, don’t get your hopes up too fast. This does not mean that full legalization is guaranteed. In fact, we may only receive reforms in federal policies, which is also quite encouraging. They may at least make doing cannabis business across states a bit easier. But by that point, shouldn’t they simply pass legalization anyway?

The Democratic Party has stated that they believe no person should go to jail for the simple fact of using drugs, more specifically marijuana. In addition, President Joe Biden, during his campaign, stated that he would decriminalize marijuana. And now that they are in power, this begins to look appealing for cannabis advocates.

New Vice President Kamala Harris was a major sponsor back when the MORE Act was in discussion. This act aimed to remove marijuana from the Controlled Substances Act. The House of Representative passed the MORE Act back in December, though it failed to pass the Senate at the time. The new Senate Majority Leader Chuck Schumer, a Democrat, has previously expressed his support for cannabis legalization and was even a sponsor for another cannabis bill, known as the Marijuana Freedom and Opportunity Act.

The United States now has the most marijuana-supportive government than it has possibly had in its entire existence. Even if Democrats do not pass full legalization, that does not mean they never supported it. Passing major bills in Congress such as this one can be very difficult and could take years to finalize. The coronavirus pandemic is a much bigger priority right now, anyway, so Congress will likely focus on that for now.

Legalization Is In The Spotlight

Legalization for cannabis has never been discussed as much as it is in today’s society. More and more U.S. states pass legalization, while many others are expected to soon follow. The number of states in the U.S. that has passed medical and/or recreational cannabis legalization now surpasses those that have not.

For the federal government to simply decriminalize cannabis and allow more cannabis-related business to be done could be considered legalization, in a sense, as states choose how they wish to deal with the plant. Many in the cannabis industry are expecting the new government to do this to some degree, even if through minor reforms. There is much pressure on President Biden from public advocates to uphold his promise of decriminalizing the plant. Many believe there is too much of a spotlight on cannabis for Biden and other Democrats to ignore, regardless.

Many small steps will need to be taken before the government may take on full-scale legalization. So far in 2021, two marijuana-related bills have already been introduced to Congress, both by Florida Representative Greg Steube.

The first bill, H.R. 365, pushed to move cannabis from Schedule 1 to Schedule 3 on the Controlled Substance List. The second, H.R. 430, would allow military veterans to receive medical cannabis without losing their federal benefits. These two bills are good first steps towards cannabis reform and possibly full legalization.

One thing that Americans have shown is our unity in passing full legalization. Both many Republican and Democratic supporters have voiced for cannabis, and most advocates will not stop until its legalization is finalized. Thanks for reading!

link to How is CBD Oil Made?

CBD oil is growing in popularity, with almost a third of Americans have used it. Some studies show CBD oil may reduce anxiety and offer relief from pain because of its anti-inflammatory properties....

If you're a vegetarian or vegan, you might struggle to get enough daily protein in your diet, especially if you're physically active and need more protein. One way to boost the protein content of...

How is CBD Oil Made?