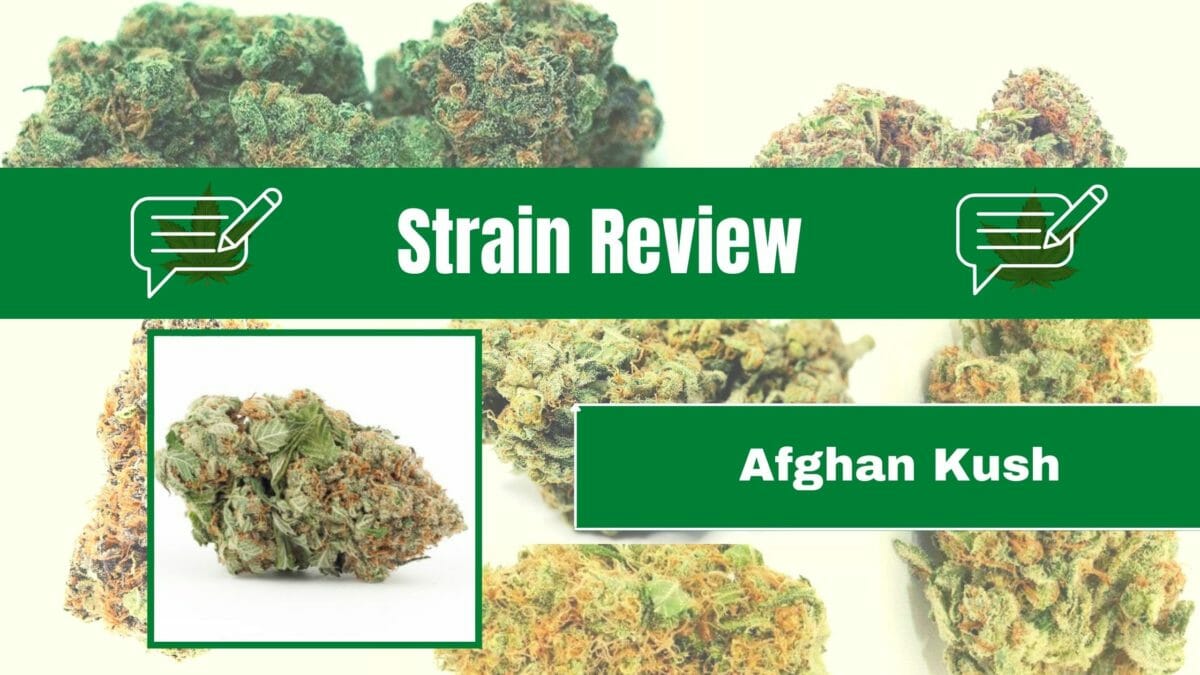 Born in the mountainous region of the Afghanistan-Pakistan border, Afghan Kush comes from the same area as Hindu Kush, another well-known landrace strain. Since it was first created, Afghan Kush has been improved over and over throughout the years. This means that today’s version of the strain is technically not a pure landrace, however today’s strain is more potent and grows better in various climates.

Since its creation, this strain has been a popular choice to use for making hash. But once the strain reached Amsterdam, it began to take off globally. Stoners around the world began to learn of Afghan Kush, and how wonderful of an indica strain it is. One terpene, myrcene, is especially dominant in this strain.

As an indica-dominant strain (leaning toward pure indica), Afghan Kush is more of a sedative strain. It is best to be used at night. THC levels in this strain hang around 15-20%.

Most of the effects from this strain include:

While most of the effects from this strain are desirable, one may not be. That is cottonmouth, and Afghan Kush is almost certain to give it to its users. If you plan on smoking it, keep some water with you!

You may have noticed that, at the bottom of the effects list, “hungry” is listed. Yes, this strain is known to give its users the munchies, so it certainly can help with a lack of appetite.

Conditions that this strain can help with include:

Many users have also claimed that Afghan Kush works well as a muscle relaxer.

Afghan Kush is known to have a very earthy scent. The aroma from this strain smells similarly to hash, so there is no wonder as to why this strain is popularly used to make it. When buds from this strain are smoked, hints of pine can be smelled in the air.

If you are looking for a strong indica strains with sedative effects, Afghan Kush might be right for you. After a long day, this is a good one for relaxing and winding down. If you like this strain, share it with others! Thanks for reading!